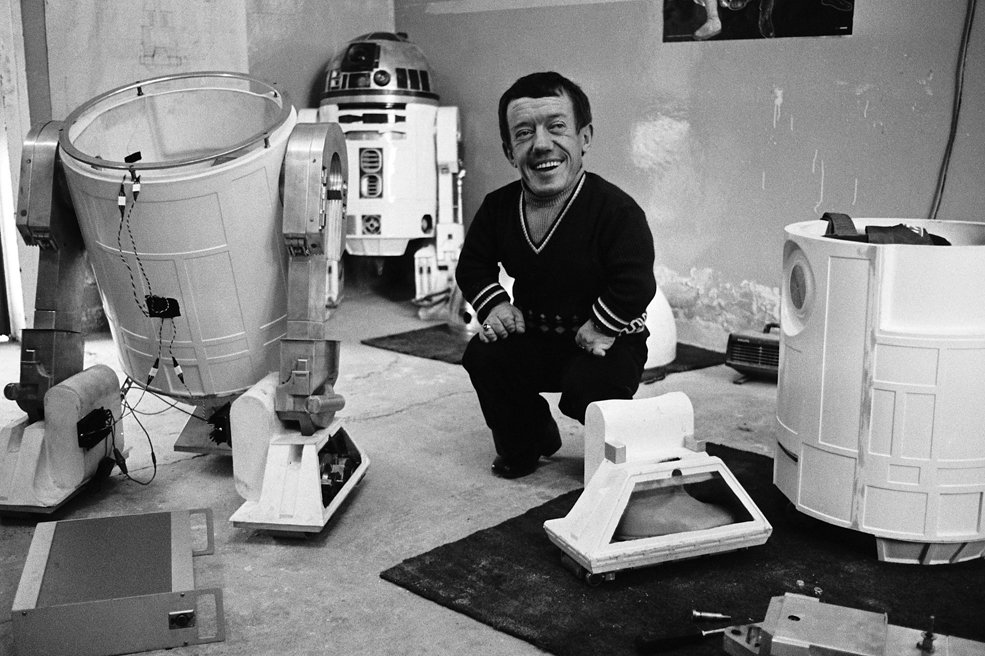 Mr. Baker, in some scenes you are inside R2-D2 while in other scenes R2 is remote controlled.
Is there (apart from the scenes where R2 is rolling) an easy way for the viewer to see whether it’s you or the remote-controlled droid?

By R2’s extension leg. When they were using that, they swapped R2. I can tell when I am in it because I know the way I move. For others it is hard to tell. The R2 I use is the two-legged one, the one that reacts to dialogue. When it is moving, chasing or rolling; no way my R2 can do that! That one has the third leg, the motor and the steering device.

Did they change anything to the R2-D2 you were supposed to sit in for the prequels?

No, not a single thing.

Was it still comfortable for you?

No! Although it was better than in the beginning it is still definitely not comfortable. But then again, I got used to it.

…And you still enjoy being R2…

Well, it wasn’t enjoyable because I couldn’t react to the dialogue and everything that was happening around me, so it wasn’t that easy.

Most scenes you have done were with Anthony Daniels (C-3PO). How was it to work with him?

We were both in our droids; there was no interconnection at all. We couldn’t hear or see each other. George (Lucas) used to shout “look left, look right” and wanted me to project emotions like happiness and sadness. It wasn’t very easy, which also applies to C-3PO. He had to record his dialogue later on which had to match his movements. He had way more movement because he had arms and legs. I didn’t have that, so it was very hard to communicate. He came in an hour before me to get in the costume, while I just needed 5 minutes to get into R2. When we were done, they took the lid off and I am out! He needed another hour to get rid of the costume. So, we never met a lot.

You did meet Harrison Ford, Carrie Fisher and Mark Hamill. How were they to work with?

They were fine, although I didn’t have a lot of scenes with them. I was mainly with C-3PO and Chewbacca. Sometimes with Harrison, once with Mark…and with Alec Guinness in Tunisia. With Mark was in England, in the studios…

For the Dagobah scenes!

Yeah, the big swamp. I can only vaguely remember those scenes. Some of the people (actors) I meet at conventions I have never met before! I have seen them on-screen, but that’s it! And some people are just the voice of the character, like with C-3PO!

Well, Anthony Daniels is also in the costume and is not just the voice.

O yeah, he is also in the suit. It puts him in a good position, because they can’t do without him; being both the voice and being inside the costume. But he’s mainly the voice.

You have worked with all three Star Wars directors: George Lucas, Irvin Kershner and Richard Marquand. Please describe the differences between these three directors.

George knew exactly what he wanted. He told me where to look, what to do. Richard Marquand hardly ever used me, he said he was going to, but he didn’t. George said to him that when I was in R2, R2 came to life. Still, Richard never used me a lot.
Irvin Kershner was good; he was easy to work with.

He was an old fashioned director as far as I have heard.

Yeah, he was old school, a lovely man. Mainly it was George; he was always on the set. George is fun; he knows exactly what he wants. You are on a set, surrounded by blue screen, and he describes what is going on and how the scene will look, like the wedding scene which we filmed in Italy…

The wedding service was in England, the rest in Italy. The filmed in both places and just took out the best bits.

What do you regard as the highlight of your Star Wars career? Maybe a special moment or scene?

There weren’t any highlights; I was just there, in the droid. I was mainly in the end scenes of every movie. I can’t remember any highs or lows, it was just a job.

Still, it made you famous!

I’m not saying I didn’t enjoy it; it was just a job at that time. It wasn’t a real acting job.

Well, what would you say the highlight of your non-Star Wars career is then?

*Thinks for a long time*

Yeah, Time Bandits was a highlight. And yesterday I almost got a new job; a project with Ewan McGregor and Judi Dench. But…I couldn’t do it because I was coming over to the Netherlands!

And so is Ewan McGregor. They needed me for just one day, but like I said, I couldn’t do it because I was to appear here today.

Maybe you can still make it if you leave now…

Still, the fans here would be disappointed.

You were very good friends and a working partner of Jack Purvis. It was said that you would only accept your part in the original Star Wars if he were cast, too.

Yes, that’s true. We were an act together at that time for about ten or twelve years.
In the end he got quite a few parts; a mantis, a walking box (note: the Gonk droid), an Ewok, a Jawa…

He was the Jawa that shoots you in A New Hope.

Yeah, in the canyon.

Are there any similarities between Kenny Baker, the man, and R2, the droid?

(laughs) No, I don’t think so, except that my joints don’t move very smooth, just like R2.

Can you please react to the following names and words with as few words as possible:

They are very good; you meet your public and your fans. They want autographs and it’s enjoyable.

He did R2’s remote control. I didn’t see him a lot. They were continually swapping between him and me.

I didn’t meet him a lot.

I took him to clubs and cabaret when we were filming in London. He was ok.

I didn’t mix socially with her.

He did funny little bits and pieces as well as Wicket. I was Wicket to begin with.

I know, you got ill on that day and he replaced you.

It was unfortunate for me, but good for him. He was very young, I had R2, so good luck to him. I also did Paploo by the way, playing that Ewok was worse than R2. The heat, the suit…they were great characters, but difficult to work with. 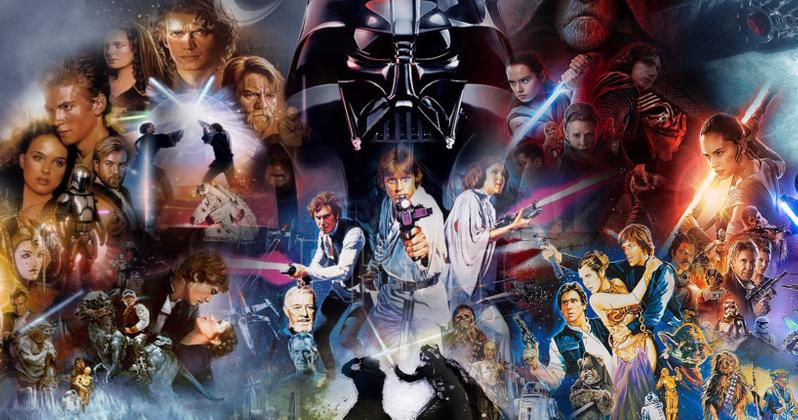 “I think it gives us a more open-ended view of storytelling and doesn’t lock us into this three-act structure,” zei Kennedy. “We’re not going to have some finite number and fit it into a box. We’re really going to let the story dictate that.”

Laten we het hebben over het populairste personage in The Mandalorian 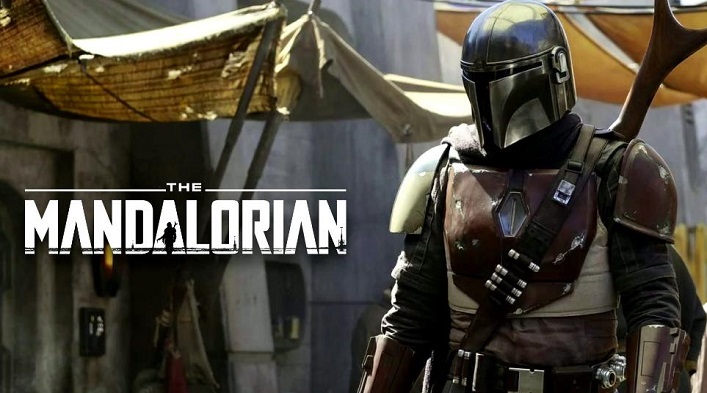